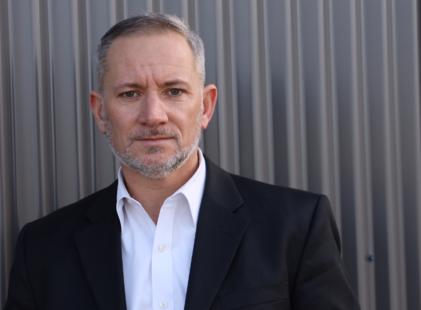 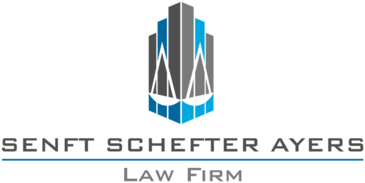 Come in to talk to me about the specifics of your case, but here are some general topics that we will review:

The Traffic Stop
An officer must have a valid reason to stop your vehicle or else your Fourth Amendment rights against unreasonable searches and seizures have been violated.  Valid reasons for a stop include probable cause that you are violating any provision of the motor vehicle code or PennDOT regulations, or a reasonable suspicion that you are involved in any criminal activity.  I have filed a number of successful pretrial motions challenging the officer's reason for stopping my client's vehicle.  The key is to get a copy of the dash-cam video, if available, to see if it shows what really happened.

Field Sobriety Tests
Standardized Field Sobriety Tests (SFSTs)  include three separate tests that have been accepted by Pennsylvania Courts as valid for establishing probable cause for arrest. These tests can be challenged.
Horizontal Gaze Nystagmus (HGN): This is the "follow my pen with your eyes without moving your head" test.  The officer is looking for involuntary jerking of your pupil that supposedly is an indicator of intoxication.  Although admissible in pretrial proceedings to establish probable cause, the results are not yet admissible at trial, because the test has not been proven to be scientifically valid.
Walk-and-Turn: This is the test where you walk nine steps in a straight line, heel-to-toe, complete an unconventional turn-around, and walk nine steps back. The instructions are very specific, and seemingly minor deviations will be viewed as poor performance.
One-Leg Stand:  This is where you stand on one leg and count to 30.  Again, the instructions are very specific, and even minor deviations may be viewed as poor performance.

These tests can be difficult to perform properly when totally sober and under ideal circumstances. Even if you think you performed well, it is likely the officer noted numerous "clues" or deviations.  However, the reliability of the tests and how they were administered are definitely subject to challenge at trial.

Use of this website does not establish an attorney-client relationship.  All material is provided for informational purposes only and is not legal advice.                            Copyright 2022 DUIresults

Do you have to perform the Field Sobriety Tests?
No. Any field sobriety test is voluntary, and you are not required to perform them.  There is no penalty for refusing these tests.  Because the results of the tests can and will be used against you, most DUI attorneys recommend that you politely refuse to perform the tests.  Do not confuse the SFSTs with the blood-draw request; see below.

Do you have to submit to the blood draw request?
You can refuse, but if you do, you will automatically lose your license for a year (or 18 months for repeat offenses).  Additionally, you will still likely face the DUI charge, and the refusal can be used against you at trial.  You do not have the right to consult an attorney before deciding whether to submit to the test, and anything less than a definite "yes" will be deemed a refusal.  The police do not need a warrant to request a blood draw.  If you refuse, the officer may get a search warrant and order you to give blood. If you continue to refuse, you may face additional charges, but we will absolutely fight those additional charges.

Does the Officer have to read me my Miranda rights prior to arresting me for a DUI?
No.  The Courts have determined that, because a DUI arrest to take you in for a blood draw is a temporary detention, no Miranda rights need to be given.

Basics of PA's DUI Law
The law is broken into sections based on the BAC (Blood-Alcohol Concentration) level and/or drug levels in your system.
Tier I: .08-.099%, general impairment
Tier II:.10-.159%
Tier III: .16+%, drugs, combination of drugs and alcohol, refusal
The penalties increase with each Tier.

How many DUIs was I charged with?
Although you likely were charged with more than one section of the DUI statute, it is only one DUI.  Most everyone is charged under the "general impairment" section, which is the catch-all section alleging that you were under the influence to a degree that rendered you incapable of safe driving.  Additionally, if your blood was tested, you will be charged with the section specific to your blood-alcohol level.  If you also had drugs in your system, you likely will have additional sections charged.  Ultimately, even if you are found guilty, you will be sentenced on only one count of DUI.

Why does my paperwork say "First Offense" even though I had a prior DUI?
For whatever reason, some forms sent out by the MDJ Offices all say first offense.  This is a form only and should not be relied upon as accurate.

Can I get the charges dismissed if there are errors in the complaint?
Not likely. Technical defects, such as misspellings, typos, and even some incorrect descriptions, will not result in a dismissal.  The only time errors such as these really come into play is when there is an identification issue; i.e., whether they charged the right person or have the right vehicle.

Will I go to jail if I am convicted of a first offense DUI?
Many first offenses are eligible for the ARD Program, which will not result in jail time; see below.  If you are convicted, there are mandatory minimum jail sentences under Tier II (48 hrs) or Tier III (72 hrs).  The maximum sentence for a first offense is six months.  However, as long as there are no bad facts (e.g., an accident with injuries, fleeing, extremely high BAC, children in the vehicle, belligerence, etc.), and your prior record is pretty clean, you may be able to avoid jail through York County's approved Restrictive Probation (or R.P.) program, where you can serve a combination of house arrest and wearing an alcohol monitor (called a SCRAM monitor) instead of going to jail.

What is the ARD Program?
ARD (or Accelerated Rehabilitative Disposition) is an opportunity for first-time offenders (or those who have not had a DUI charge within the last 10 years), with a relatively clean record, to complete a program and have the charges dismissed and arrest record expunged.  You must complete classes, community service, D&A evaluation, and any recommended treatment, and serve a reduced license suspension.  We can go over all the details, but it is a good deal if you are eligible.

What are my trial rights?
You have the absolute right to take your case to trial.  If it is a first offense DUI, you do not have the right to a jury trial for the DUI; your case would be tried by a judge.  If it is a second offense highest tier, or any third or subsequent offense, you have the right to a jury trial.  We can discuss in further detail trial rights and strategies during a consultation.

Will I lose my license?
If the charge is anything above the lowest tier, there will be a license suspension upon conviction or entry into ARD. For a first offense conviction in the middle or highest tier, it is a one-year suspension, with the possibility of applying for an Ignition Interlock License.  If it is a second offense, highest tier, or more, you are facing an 18-month suspension, with the possibility of an ignition interlock license after serving half of the suspension.

Any way to avoid or reduce the license suspension?
No.  This is one of the most common questions and the biggest source of frustration for most clients.  Unfortunately, PennDOT does not have any mechanism in place to hear hardship exceptions to license suspensions; it is cut-and-dry.  We can't negotiate the license suspension with the DA or plead for leniency with the Judge; the suspensions go through PennDOT only.  This goes for convictions or ARD.  Of course, we can challenge the case on the merits if we have a valid defense.

Second and Subsequent Offenses
If this is your second or subsequent DUI offense within the last 10 years, you were likely charged on the date of arrest, placed on supervised bail, and required to wear a SCRAM monitor.  This is an electronic anklet that measures alcohol in your system. You are on zero tolerance and will go to jail if you drink.  This is part of the "Target 25" program, aimed at preventing you from committing another DUI before getting to court on this one.  Rather than trying to answer all the issues involved with subsequent offenses, it is best to immediately schedule an appointment with me to discuss your case, including the possibility of DUI Treatment Court.

Treatment
Throughout the process, you will have to undergo a preliminary Drug and Alcohol Evaluation, called a CRN evaluation, and follow through with any recommended treatment.  We can discuss options such as DUI Treatment Court, Inpatient Rehabilitation, Partial Hospitalization Programs that allow you to go to work, Intensive Outpatient Programs, and other types of treatment.  Your health is the most important thing to focus on, and we can help you achieve whatever level of treatment is needed.

Legal Fees
I do primarily DUI work, and, therefore, am able to use a flat-fee schedule for most cases; so you will know upfront what the total legal fees will be to handle your case.  I pride myself on providing the best possible client service in the industry.  I won't lay out the schedule here, but I can tell you that, based on my experience doing DUI work in York County, my fees are definitely in the ballpark with other experienced DUI attorneys in the area.  Our office accepts cash, checks, and most major credit cards.  We can also work out a payment plan if necessary.  The most important thing, when you get right down to it, is whether you are getting your money's worth for your hard-earned dollar.  You should feel comfortable that, not only does your attorney know what he is doing, but also that he is available to you to answer questions.  On that note, all of my clients have my cell phone number, and texts or emails work great for me as well.  We can discuss fees in more detail during your free, no-pressure consultation.